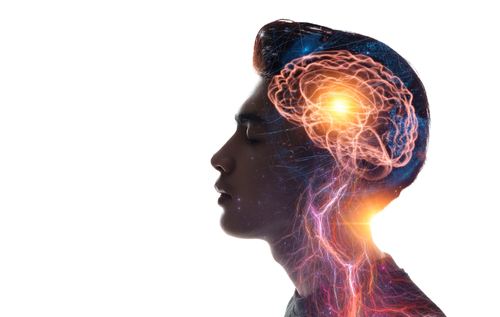 SoLongevity research has developed a patented, clinically tested formula that can rebalance the Redox status and reduce inflammation, with the aim of preventing age-related decline in cognitive ability.

Is it possible to maintain the health of our brain?

Is it possible to maintain the health of our brains? To date, there are no solutions for conditions such as dementia, but it is understood that the degenerative process takes time and it is possible to recognize three “stages” preceding diagnosis (or, more correctly, three levels of cognitive impairment), which can be countered and partially recovered with proper physical, mental and nutritional hygiene. Thanks to SoLongevity‘s research, a nutraceuticalNutraceutical is a syncratic neologism from "nutrition" and "pharmaceutical" coined by Stephen de Felice in 1989. Nutraceuticals are those nutrients contained in foods that have beneficial effects on health, their effectiveness has been proven by clinical trials., NeuroProtection, has been developed that aims to intervene in biochemical processes essential for cognitive well-being. Its formula is a combination of amino acidsAmino acids are the basic substances that make up proteins. Each protein is characterized by a precise sequence of amino acid "bricks". Some are produced by the body by processing food, others, which the body cannot synthesize, must be taken directly with food., polydatin, vitamins, and trace elements that in a controlled clinical trial was shown to be effective in balancing oxidative stress and reducing inflammatory parameters.

The working brain and cognitive activity

In the brain, two “structures” can be distinguished anatomically: gray matter and white matter. The former, which is more external and also called the cerebral cortex, is formed by the bodies of neurons, while the latter, which is more internal, is formed by the extensions of neurons (axons): that is, the nerve fibers gathered in bundles that transmit and receive information to and from the rest of the body. The name white matter is due to the color given by myelin, the substance that lines the fibers and facilitates the transmission of electrical signals.

The “language” of the nervous system is in fact the bio-electric impulse, which is an electrical signal triggered by a chemical reaction. The signal is passed through synapses, the connection points between neurons. The brain consists of gray matter and white matter, and its functioning is a complex system of bio-electrical signals

Governing this fast “fiber” system are neuromodulators, which have a function of braking or accelerating the signal and also of directing it to a particular type of neurons in a given area of the brain, “specialized” in a given task. For example, simplifying, in performing an action or remembering an event.

Cognitive activity, or the set of functions that regulate the relationship with the external environment (examples are reasoning, memory, attention, computation, language, here to read more), is based on this complex system of structures, molecules and signals and, of course, is affected by all those situations that intervene on it.

The brain behaves like a muscle: the more we use it, the more it performs. Our level of education, work and physical activity, social relationships and recreational activities are essential to train it and keep it young. This is true even when the brain infrastructure starts to suffer with age.

Training and nourishing the brain

First of all, the brain behaves like a muscle: the more we use it, the better it performs. Our level of education, work and physical activity, social relationships and recreational activities are essential to train it and keep it young. This is true even when the brain infrastructure begins to be affected by age, due to our brain’s ability to take advantage of neuronal plasticity to cope with certain degenerative processes by activating additional brain areas and alternative pathways to perform the required tasks. This cognitive training must be accompanied by proper cardio-vascular functioning and a low oxidative and inflammatory stress condition of the brain itself. The bio-electric signal is modulated by neurotransmitters that need a number of amino acidsAmino acids are the basic substances that make up proteins. Each protein is characterized by a precise sequence of amino acid "bricks". Some are produced by the body by processing food, others, which the body cannot synthesize, must be taken directly with food., vitamins, and trace elements to function well: the former because they are constituent elements and the latter because they are useful for their action. Trace elements directly involved at the synaptic level include magnesium, zinc, selenium, calcium, and B vitamins among those with the most direct action, while Omega 3 fatty acids and their declinations promote proper vascular activity. Nutrition plays a key role in supporting cognitive function: calorie restriction regimens, for example, promote proper metabolic and cardiovascular activity, which in the long run reduces the risk of cognitive deficits and neurodegeneration. Unfortunately, even balanced dietary regimens do not protect against deficiencies in components essential for cognitive health.

NeuroProtection was developed with the aim of both lowering oxidative stress and inflammation in the brain and providing useful components to improve the efficiency of certain neurotransmitters.